From 1-10 July 2017 I took part in a fascinating experimental art project at Les Laboratoires d’Aubervilliers, the brainchild of talented and visionary artist Grace Ndirritu.  It was an incredibly enriching experience in so many respects – fascinating participants, inspiration for writing a substantial body of poetry, wonderful food and recipes, interesting discussions and, above all, a deep and profound acceptance of our interconnectedness as human beings.  The Ark will be the focus of Part II of this blog but in the meantime have a look at the social media connected to the project and then join me in a couple of weeks to discover more!  http://thearkcenterexperiment.com

The Russian mystic, philosopher and mathematician Pyotr Ouspensky was very much in my mind during The Ark experience – his idea that everything is connected, that every part of the universe is pulsing with consciousness and infused with spirit.  One of The Ark participants, artist and critic Kayla Anderson was a self-described animist and conversations with Kayla and the other participants got me thinking about my attitude to philosophy and philosphers.

As a teenager I underwent the fairly typical trajectory devouring Sartre, Camus and Kafka and thinking of myself as an existentialist and an anarchist well into my twenties.  Inspired by this I signed up for a term of philosophy during my first year at the University of East Anglia but couldn’t make head or tail of the course.  My abiding memory is of our lecturer hiding in a cupboard, presumably trying to prove something about being and nothingness.

I had arrived at The Ark with Sarah Bakewell’s At the Existentialist Café – Freedom, Being and Apricot Cocktails to read – it’s an insightful look at how Sartre and de Beauvoir developed their philosophies. Once The Ark project started we were not allowed to leave the premises or have contact with the outside world (no phones, laptops etc) but in the time before and after The Ark I had the opportunity to unleash my inner (and somewhat rusty!) philosopher in Paris. 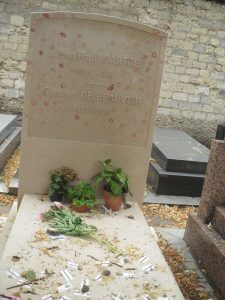 First stop Montparnasse Cemetery and a brief and heartfelt moment at the grave of Jean-Paul Sartre and Simone de Beauvoir – note to self: re-read The Second Sex asap!  One of the films I have re-discovered and come to enjoy a great deal is Michel Gondry’s Mood Indigo.  Based on Boris Vian’s 1946 novel  L’Ecume des Jours  and featuring a character obsessed with the life and work of Jean-Sol Partre, Vian encapsulates post-Second World War angst in a book which can be seen as celebrating the magic of liberation while at the same time being unable to escape the oppression of the Occupation.  Vian knew Sartre, de Beauvoir and Camus and was a significant player in the Parisian jazz scene.  He played trumpet at the Hot Club de Paris and was instrumental in bringing Duke Ellington to Paris.  Vian was one of the first supporters of Serge Gainsbourg – Gainsbourg would come to Vian’s shows at Les Trois Baudets. 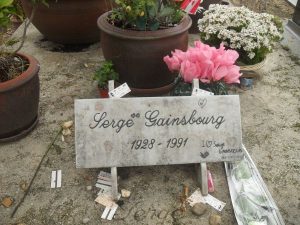 Coincidentally (or not!), Gainsbourg is also buried at Montparnasse Cemetery along with other greats such as the poet Baudelaire, who is influential in my constant attempts to write flaneur poems; Jean Seberg, star of one of my favourite new-wave films, Breathless; Henri Langlois who ensured that French film was preserved and celebrated in a way that befitted its importance by heading up the Cinemathèque Française and who was the revered and beloved mentor of FrançoisTruffaut and Jean-Luc Godard; and not forgetting Jacques Demy, film-making husband of one of my favourite directors, Agnes Varda. So, the logical next stop had to be a wander down the Boulevard de Montparnasse, home to so many of the iconic cafes where painters, poets, philosphers and writers would discuss, argue and scribe.  A quick coffee in Le Dôme, where one of my favourite scenes in Varda’s Cléo de 5 á 7 plays out.  This is the turning point for Cleo, spoilt pop princess and the object of everyone’s desiring gaze.  She suddenly becomes the observer, the subject, a woman coming to terms with her own existence and potential death.  Then on to Le Select, haunt of Hemingway, Picasso and Chagall for a light supper before looping up and round to Boulevard St Germain and the Café de Flore to pay homage to the place where Sartre and de Beauvoir made it all happen… 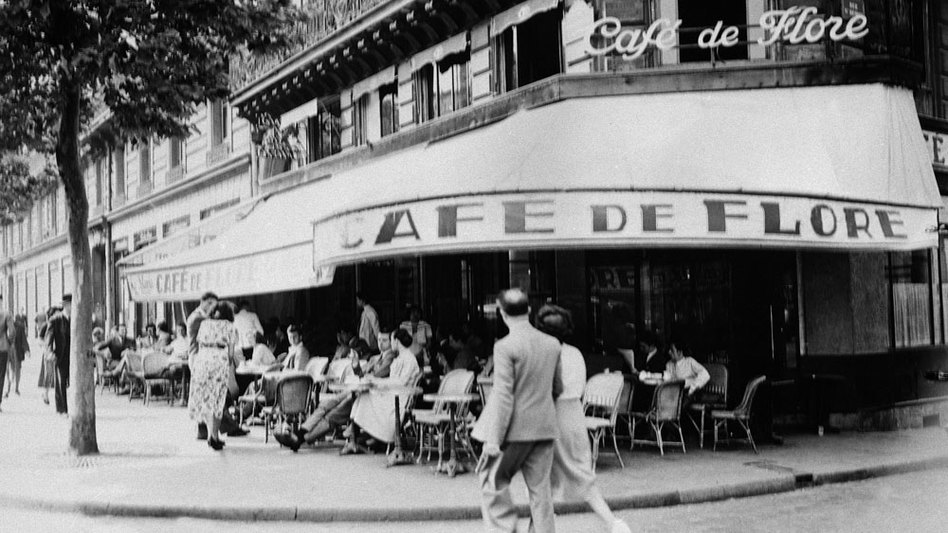 Perhaps it’s worth mentioning here two very unusual novels which provide different ways into how philosophy and everyday life intertwine and interact.  The Elegance of the Hedgehog is by Muriel Barbary, a philosophy teacher.  Two narrative voices are present in the novel – Renée Michel, the concierge of a luxury set of apartments on Rue de Grenelle, is a widow and auto-didact who hides her love of culture and her erudition behind the prickly mask and drab demeanour of a typical Parisian concierge.  Paloma Josse, suicidal teenage resident and novice philosopher is the other narrative voice.  We learn so much about ideas, connectedness and being through these protagonists, a tough but satisfying read.

The other novel is Denis Thériault’s The Peculiar Life of a Lonely Postman which explores the idea of the haiku, inextricably linked to Zen Buddhism, and the concept of enso, this is a book unlike any other.  The French Canadian protagonist, Bilodo, is yet another character who hides his true self behind the mundanity of his profession. 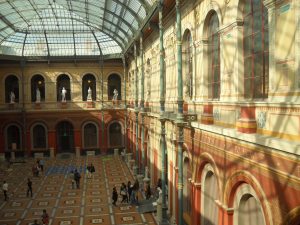 As I wandered, thinking profoundly of course, towards the Seine, I noticed that the Ecole des Beaux Arts had an open studios weekend and popped in to see what the pupils of this prestigious school were up to – this is where Monet, Seurat, Renoir, Degas, Delacroix and Ingres, among many others studied and is a highly respected institution.

Philosophy feeds the mind but I do have a few recommendations for the stomach too.  For the first time I managed to a) find Du Pain et des Idées and b) not have to queue.  This gorgeous little bakery, dating from 1889, does the most delectable tarte aux abricots – the intensity of the flavours and the lightness of the pastry are worth every penny and the interior of the bakery is a joy to behold too with its beautiful toile de jouy style paintings.  Go here to find more on Christoph Vasseur’s philosophy (roots in the past but eyes to the future) https://dupainetdesidees.com/en/fabrication.html

I spent a very contented morning at the beautiful Musée de Montmartre, this residential complex in Rue Cortot was where artist Suzanne Valadon and her troubled son, Maurice Utrillo, among others, 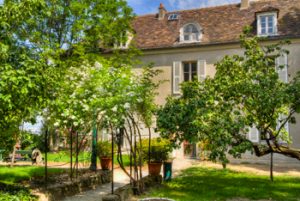 lived.  The Renoir garden is a beautiful place for a coffee or lunch.  The buildings are among the oldest in Montmartre and with their shutters and natural gardens and view over the vineyards of Montmartre it feels as if you are back in the original village.   My goal for this visit was the Demarne Hotel – the building which houses the Museum’s temporary exhibitions.  Many impressionist painters lived and worked here as did Père Tanguy, the famous art dealer.  It was also home to Claude de la Rose, one of Molière’s troupe of actors but today it was housing the fantastic exhibition “Montmartre – Décor de Cinema” a celebration of the area as a cinematic location.  There’s so much to enjoy, it’s an excellently curated exhibition with a wealth of film clips.  There’s a whole space dedicated to Amélie, a look at Truffaut’s use of Montmartre Cemetery and Place de Clichy, but the two films which are now at the top of my wish-list were directed by Marcel Carné, La Porte de la Nuit featuring an incredibly detailed studio reproduction of the metro station at Barbès Rochechouart, which used to be my local, and Juliette ou La Clef des Songes which lured me in immediately with its air of doomed love. 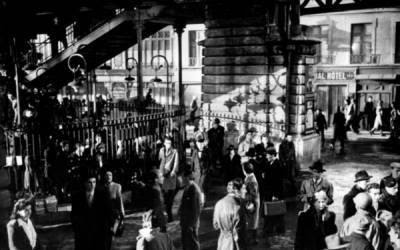 So, watch out for Part II of this blog when I’ll be in a very different environment living and working in an artistic installation and exploring ideas of community and sustainability.

3 thoughts on “RETURN TO PARIS – INTO THE ARK PART I”

Sue's latest blog
Limestone, Laugharne and Delusional Goats
is now on the website.