I’ll confess right from the start of this blogpost that yes, I adore Christmas and everything about it, but particularly Christmas films and books and bracing walks by the sea.

A few years after we’d moved to King’s Lynn we went to the fantastic Old Boathouse Café in Hunstanton for breakfast on Christmas Eve, but were distracted by something big and fishy-looking on the beach.  It turned out to be an extremely dead sperm whale.  It was quite young, so not as large as it might have been, but still an awesome sight.  I felt very privileged to be able to get so close to one of these creatures and he appears occasionally in my poetry, which is getting increasingly fishy and salty as we settle in to our new coastal home! 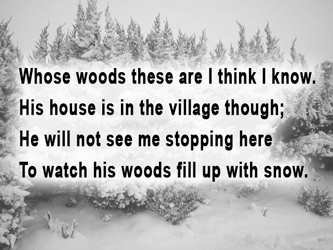 I hope you have all discovered Candlestick Press www.candlestickpress.co.uk and their wonderful series of slim pamphlets, mostly poetry, which can be sent instead of a card.  There are a number of Christmassy ones including an annual series The Twelve Poems of Christmas, now in its eighth volume.  One of my favourite pamphlets is Gillian Clarke’s The Christmas Wren, a beautiful re-interpretation of A Child’s Christmas in Wales.  There’s a Welsh language version too!  Also worth checking out is John Lewis-Stempel’s The Wood in Winter – a transcendent piece of nature writing about the life of a wood in bleak midwinter. There’s nothing nicer than curling up under a fleecy throw with a glass of mulled wine and candles and reading Christmas poetry, preferably aloud.  Throw in a beautifully illustrated version of Robert Frost’s Stopping by Woods on a Snowy Evening and I’m in Christmas heaven.

If you’re looking for that perfect last-minute gift for someone who loves reading, I’ve discovered a new literary gift website, Bookishly, https://www.bookishly.co.uk/collections  They have the most beautiful gift packages, such as their limited edition festive gift box, A Christmas Carol Book Crate.   I’m rather taken with the idea of A Blind Date with a Book, where you get a surprise vintage book, beautifully wrapped, or The Coffee and Book Club subscription which gives you  a monthly vintage book and bag of coffee.  There’s a tea equivalent, Classics and cuppa, which sounds great too. 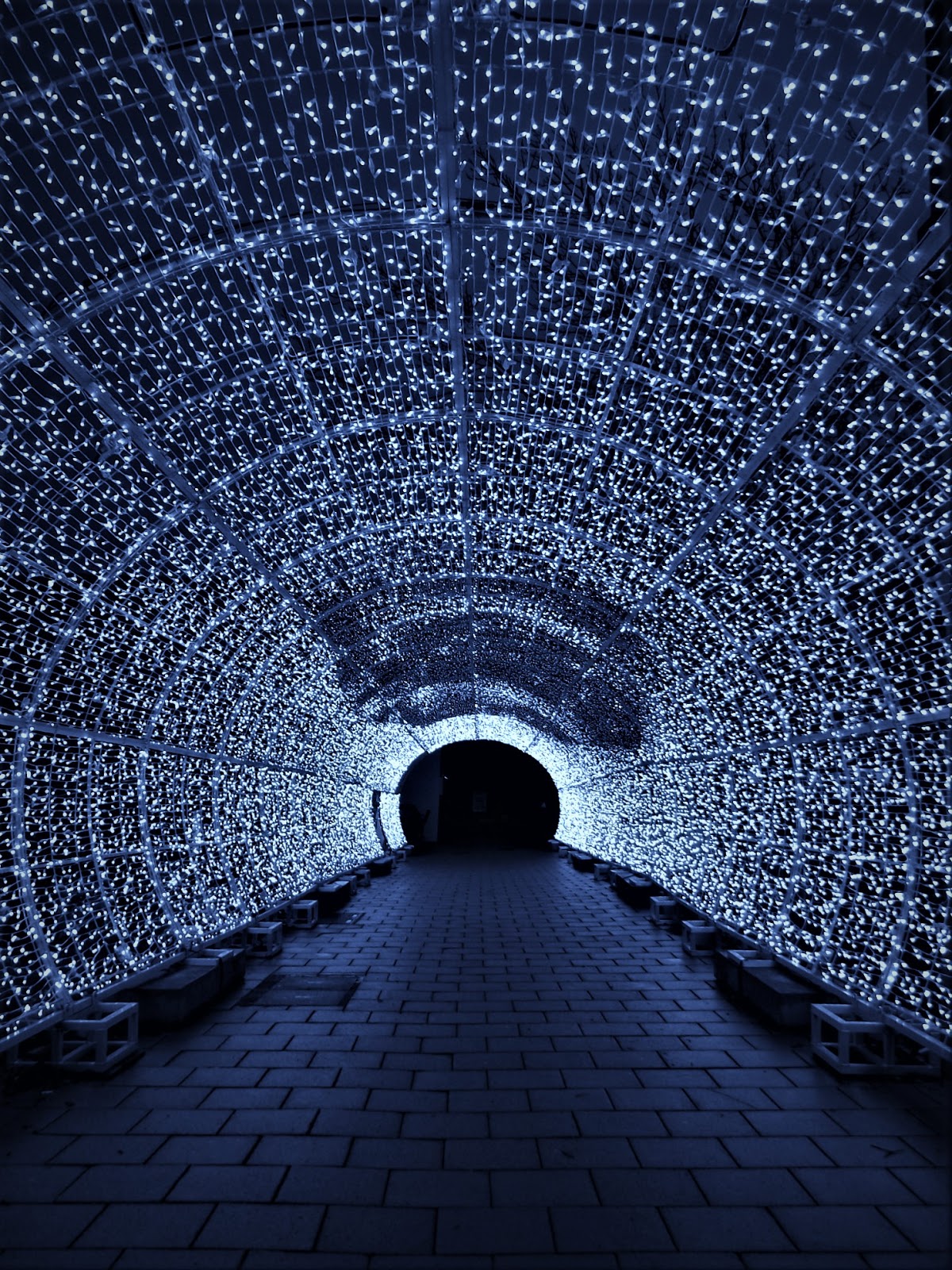 So, given my predilection for all things Christmassy, it’s no wonder I’m completely entranced by Christmas lights.  The North Norfolk coast abounds in pretty villages with classy lights.  Holt is a must with the wonderful Bakers and Larner (a sort of Fortnum and Mason equivalent, but cuter) looking truly magical.  The fine city of Norwich is full of glittery snowflakes hanging from trees, and also has a Tunnel of Light… I love the idea of bringing light to the darkest time of the year: candles, fairylights, fires.  Perhaps we should all start celebrating St Lucia’s day on the 13th December as they do in Sweden.  Lucy was a young Christian girl, martyred for her faith.  She would bring food to the catacombs for persecuted Christians in hiding, wearing a garland of candles so she had both hands free to carry more food.  I once had a poem published in fab webzine Ink, Sweat and Tears http://www.inksweatandtears.co.uk/ which explored various ideas of light, including this festival:

What would you use to bring light into our lives?

Your entries, boxed and bubble-wrapped,

must reach us by midday of the winter equinox.

Last year’s winner is a hard act to follow;

an intricate weaving of glow-worms,

a perfect equilibrium of chiaroscuro.

This creation lasted one night only –

both light and shade.

They lay, plump and dim in the dawnlight

This year’s judges are our most northerly neighbours :

They have all signed waivers

after the Danes’ scandalous looting

of last year’s runners up.

First prize this year is a month

in the southern hemisphere.

The darkness is coming.

Light a candle to Santa Lucia

and try your luck.

I do, of course, spend quite a bit of time watching Christmas films.  I’m sure we all enjoy creating our own traditions at Christmas and for us Christmas Day can’t start until we’ve watched  It’s a Wonderful Life (1946) late on Christmas Eve.  I always cry at the end, even after multiple viewings.  James Stewart as George Bailey, in debt and trouble through no fault of his own, wants to die.  Clarence, the angel who’s trying to get his wings, rescues him by showing him what life would be like if there were no George Bailey.  It’s really a re-telling of Dickens’ A Christmas Carol, with Mr Potter as the evil banker – the bad side of Scrooge, and George Bailey as the benign banker who Scrooge later becomes.  Clarence is all the ghosts of Christmas past, present and future wrapped into one as he shows George the impact he has had on everyone.  The film has to be watched in conjunction with my favourite version of  A Christmas Carol, the 1951 version with Alistair Sim as a fabulously histrionic Scrooge, although The  Muppet Christmas Carol is a close second!  Paddington, voiced by the inimitable Ben Whishaw, is fast becoming a Christmas favourite.  I’ve been very interested in the discussions in the press discussing Paddington 2 and referencing Paddington as our outlet for Brexit frustration.  He is the classic immigrant and the various attitudes of the community towards him reflect our somewhat divided nation at the moment. 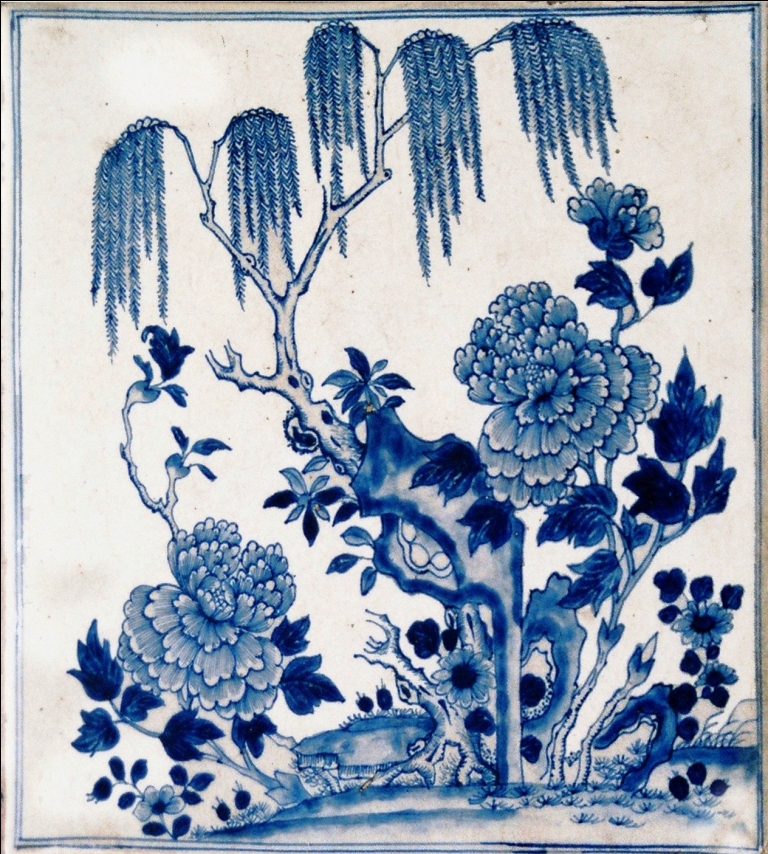 I very much enjoy cooking at Christmas.  As a vegan/vegetarian household our food is non-traditional and features lots of salads and tasty nut roasts baked in pastry with lashings of red wine sauce and copious amounts of roast potatoes.  It’s always interesting to try something different at Christmas and my first Christmas abroad was in Israel on a kibbutz near Afula.  All the volunteers were given a day off and we had a feast featuring food from all over the world outside in the sunshine where I discovered the delights of Dutch apple cake which I still adore today.  The most unusual setting I’ve experienced was in the Rajasthani desert.  We were on a camel trek and our rather meagre Christmas feast was hijacked by three very suspicious-looking men who appeared out of nowhere heading for the Pakistan border.  Our guide nonchalantly explained later that they were heroin smugglers which explained why he was so  eager to give most of our food away.  Another year we had Christmas Day in Cochin where every Indian we saw wished us a Happy Christmas, to the extent, at times, of honking and shouting their greetings from cars.  We walked past window displays of Santas astride cotton wool snow and went to a Kathakali  (Indian dance) show, complete with a very memorable make-up demonstration which lasted longer than the actual performance.  Earlier that day I had been able to pander to my usual geekiness by visiting the synagogue with the beautiful blue cantonese tiles which Salman Rushdie describes in The Moor’s Last Sigh. 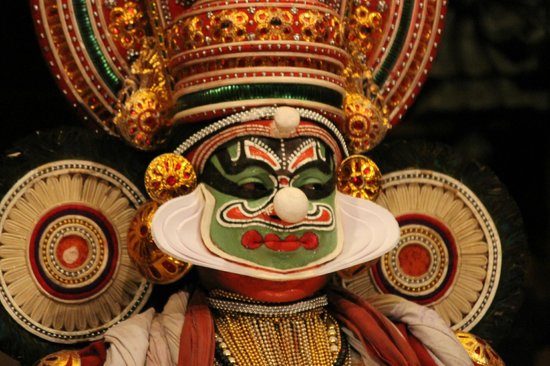 So, wherever you are in the world, and however you feel about the festive period, be warm, safe and happy!

1 thought on “Merry and Bright!”