I spent the autumn and winter of 1980 in Paris. Just about to turn nineteen, newly graduated from my bi-lingual secretarial course at Kingston College of Further Education, I thought the world was my oyster. Was Paris ready for me and my brand new skill-set?

Well, apparently not…there was no work to be found for young, naïve, inexperienced English girls. We (my college friend Diana and I) clocked one job between us in three months and got poorer and poorer but it never really impacted on us due to a stroke of luck in our first week in Paris.

Disoriented and confused in the Hotel St Placide 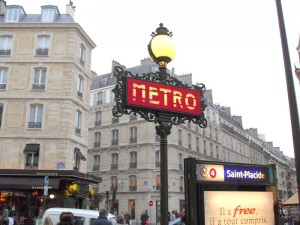 (which I later realised briefly appears in Truffaut’s poignant Antoine et Colette…) we perused the papers for work but instead found an advertisement calling all lonely out-of-towners to a meeting in a café on the outskirts of Paris. There, we discovered an amazing selection of people with varying motivations for coming along. Some had moved from the countryside to work in Paris, others had lived in Paris all their lives but were pieds noirs (ie French but had lived in the French colonies so were culturally very different) or second generation Paris-dwellers from immigrant families who didn’t quite fit in, and, strangest of all were a couple of chic Parisiens, very BCBG*, who seemed to look on the whole adventure as a kind of “feeding time at the zoo” experience.   Nevertheless, we all bonded with varying degrees of success and spent the next few months meeting up and having makeshift dinner parties at each others’ flats and generally living in each others’ pockets, literally in the case of D and myself as we were thrown out of our hotel for reporting a theft (long, long story…) and slept on various floors until the wonderful Jean-Paul from Brittany rented a flat at Barbès Rochechouart with room for Diana and me to sling our sleeping bags in a more permanent manner. 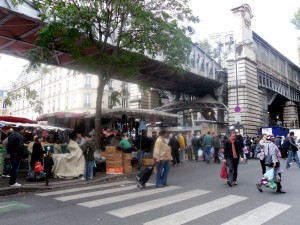 Our new home was on the corner of the Rue des Poissoniers in the North African quarter, opposite an Arabic grocers.  Bare boards, two rooms, one sink, trestles and huge plywood boards for tables, food on the window-sill for a fridge, no hot water but it was heaven to have our own space and I fell in love with the area. 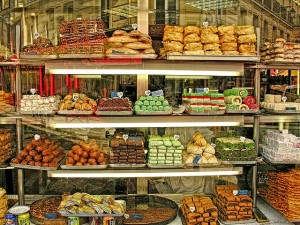 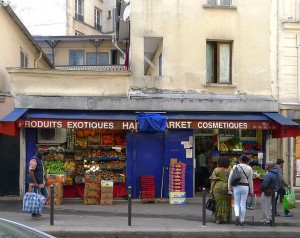 The restaurants were mostly cheap couscouseries with windows full of brightly coloured Moroccan sweets. Women in beautiful African fabrics swanned up and down the roads and I can’t count the number of times the police stopped me because it was too dangerous for a white female to be walking around the area at night – I hated hearing the inevitable barrage of insults when I said I was on my way home…

But what about poetry? My diaries from this time were scattered with doom-ridden verses. I don’t remember being particularly unhappy and I’m glad these little fragments are no longer around, but what is happening is that I’m remembering more and more of my first experience as a pseudo Parisienne as I prepare for my current trip to Paris, and I’m beginning to write about it with more maturity and perspective (I hope!). One very strong memory that I’ve turned into poetry is sitting in JP’s 4CV outside our flat while he went to fetch something  (we were on our way to his parents’ farm in Brittany). Within minutes every surface of the car had been turned into a market stall – the local prostitutes leant on it and the guys who seemed to spring from anywhere and everywhere with things to sell festooned the bonnet and windscreen with exotic looking rugs (well, I assume, I could only see the underside of course). Jean-Paul unearthed the car expertly a few minutes later and off we went. I firmly believe that if he hadn’t been so quick I would have been sold along with the car! 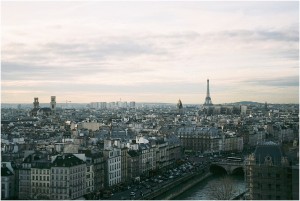 However poor we were, there always seemed to be money for the cinema. Brought up in Kingston-upon-Thames, a stone’s throw from London, and then studying languages, I’d always been a prolific cinema-goer, particularly of foreign films. Jean-Paul was a bit of an international cinema buff and I remember catching up on Kurosawa’s Dersu Uzula and Costa Gavras’ Z and the The Blues Brothers as well as Loulou and Mon Oncle d’Amérique, the latter perhaps flagging up the forthcoming golden age of Depardieu…  And, of course, the more I saw of Paris the more I came to appreciate what a truly cinematic city it was, a film-maker and photographer’s dream. 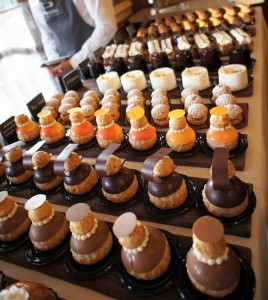 Above you can see the shameful addiction I developed at this time… the wonderful and wholly French patisserie – the religieuse – at that time in came in only two flavours, coffee or chocolate and if ever we managed to knock together a few extra francs Diana and I would buy one for each other.

My French improved as our circle of friends widened and, with Jean-Paul’s car constantly breaking down I had an excellent (for a non-driver) car vocabulary. I particularly remember Jean-Yves, the telephone engineer, who was an unexpectedly amazing cook; Jamel, who never stopped singing and Jacky, who lived in a tiny maid’s flat with a shower over his kitchen sink. Everyone seemed to live up endless flights of stairs in the tiniest rooms imaginable.

I started volunteering for three days a week at Amnesty International, typing, translating, filing, setting out the communal meal, learning more about the world than I ever thought possible.  I still have the reference they typed for me on that evocative headed paper… 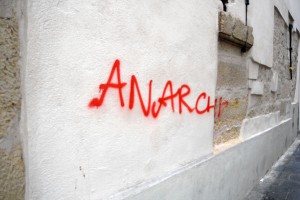 Jean-Paul joined the OCL (Organisation Communiste Libertaire) which sounded very exciting – a French anarchist organisation for goodness sake! I went along a few times but, for anarchists, they certainly loved their endless meetings about “action”…

John Lennon was assassinated in December that year, and yes, I remember exactly where I was, stock-still in our bare flat, freezing cold in a huge Italian jumper I’d bought from the flea market , oversize man’s checked shirt and an ex-boyfriend’s too-big jeans, unable to believe what I was hearing. The Maze hunger strikes were on and I started to get more and more interested in left-wing politics, but also in art, in food that wasn’t all one colour… 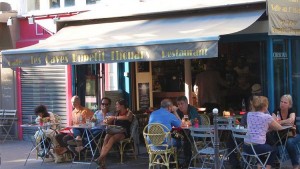 By the time my nineteenth birthday came in the November of that year I had a weltanschauung which was totally different to most of my contemporaries and this hunger for knowledge has never really left me. My second long stay in Paris was equally character forming and who knows what this third trip will bring!

And my hybrid knowledge of French continued – back in London I worked for the Royal Academy of Dancing as a PA and was their main translator for French and Belgian History of Dance and Dance Anatomy examination papers. This meant that when I joined a French t’ai chi class I was one of the few in the room able to move the right bits, but more of that in Paris Part II which will be posted in April.